It is my pleasure to announce that Citizens of the World Charter Schools (CWC Schools) will partner with the Ewing Marion Kauffman, Walton Family and Hall Family foundations to launch new schools in Kansas City. We are grateful to these generous champions and look forward to our work together. You can read more about the Citizens of the World Kansas City expansion here.

We send special thanks to the Midtown Community School Initiative and other parent and community partners in Kansas City for their tireless efforts, as well as our existing school communities who continue to model what’s possible. And we send gratitude to our national board members and co-founders of Citizens of the World, Mark Gordon, Chris Forman and Cam Starrett, who have guided and encouraged our work from its inception.

We are also excited to welcome Dr. Kristin Droege to our team. As our Founding Executive Director of CWC Kansas City, she will be instrumental in driving the launch of these new schools. Please read below for more information on Kristin’s work.

We look forward to working with our new partners to help all of our students reach their full potential.

Citizens of the World Charter Schools has received a total of $2.65 million in funding from three philanthropic foundations to launch new schools in Kansas City through what is believed to be a first-of-its-kind partnership with parents who originated the effort to start new schools. The Kansas City-based Kauffman and Hall Family foundations contributed $1 million and $650,000, respectively, and the Walton Family Foundation invested $1 million. The funding will be used to ensure a successful launch of the first Citizens of the World schools in the 2016-2017 school year. Our immediate priorities include applying for the charter, establishing a local board, identifying affordable facilities, and continuing to engage families and local leaders.

Our goal is to open two K-1 elementary schools in August 2016 and add a grade each year. Ultimately, we will offer kindergarten to 12th grade among four schools, at a full capacity of 1,650 students by the 2027-28 school year.

“There is a high degree of interest and enthusiasm locally for improving educational outcomes, and Citizens of the World looks forward to helping the next generation of Kansas Citians reach their full potential.” - Kriste Dragon, Co-founder and CEO of CWC Schools.

When it became evident that a critical mass of Kansas City families were leaving the Midtown area for better schools, a group of amazing and dedicated parents, known as the Kansas City Midtown Community School Initiative (MCSI), sent out a Request for Proposals to identify a high-performing public school model that would inspire families to stay and raise their children in Midtown. Their goal was to build a school in the historically segregated community that not only reflected the socioeconomic, racial and cultural diversity of their town, but also used that diversity to cultivate character and understanding in all of their students. MCSI chose CWC Schools because of how closely our model aligns with their values, including our belief that children learn more and learn better alongside peers from diverse backgrounds.

“Today’s announcement is a testament to the fact that when the power of community and parents is bolstered by the generous support of foundations, we can fuel change in our neighborhoods and city at large. This collaboration, with schools and foundations that value community, excellence and diversity, is great news for Kansas City and for the many families who are deciding to stay and invest in this neighborhood because of these new schools.” - Kristin Littrell, co-leader of MCSI.

Please click here to see some of the media coverage this funding announcement generated. 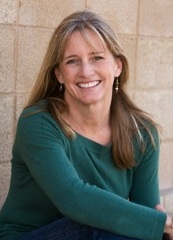 We are thrilled to announce that Dr. Kristin Droege is joining our team to head our new schools in Kansas City. Kristin graduated from Duke University and holds an M.A. and Ph.D. in Educational Psychology from UCLA. She has been a professional educator for more than 20 years, teaching elementary, undergraduate and graduate students, as well as serving in administration.

“Kristin’s track record of founding and growing a network of best-in-class charter schools will be critical to a successful launch in Kansas City. Kristin approaches her work with a spirit of partnership,” said Kriste Dragon, Co-founder and CEO of CWC Schools. “She is humble and operates with the utmost integrity. We are fortunate to have a leader of her caliber.”

In 1999, Kristin and a colleague founded Mountain View Montessori School in Victorville, CA, where she negotiated the governance structure with the district, served as head of curriculum and developed and implemented a teacher evaluation system.

December 2014: Growing Into the New Year

On behalf of Citizens of the World, I would like to wish you happy holidays, and I hope you have a wonderful winter break. Thank you all for working so hard over this past year to help educate our students and strengthen our communities.

As we welcome the New Year, we celebrate a key milestone for our flagship school in Hollywood and the addition of new leaders to our network.

Last week, the Los Angeles Unified School District (LAUSD) school board renewed CWC Hollywood’s charter.  We are grateful to all the board members who supported the renewal and our continuing relationship with Le Conte Middle School, with whom we share our space. We couldn’t have reached this important milestone without the help of our passionate students, parents, teachers and administrators who worked tirelessly to advocate for CWC Hollywood’s renewal. With your support, we were able to send an amazing 2,800 signed postcards to board members asking for their vote in favor of the renewal.

Thank you to our partners at the LAUSD Charter Schools Division for their help in guiding us through the process, as well as to board member Steve Zimmer who provided us with his leadership and counsel.

During the meeting, board member Monica Ratliff positively commented on the school’s low suspension rates and increased student diversity. “I think they deserve commendations,” she said. “I want to point out that sometimes they [charters] do succeed in terms of increasing diversity when they use a weighted preference in terms of their lottery system.”

As we continue to strengthen and grow, our first priority remains our students. Over the past five years we have expanded from one school to five, and we are committed to ensuring that our model remains consistent across our schools, so our students can thrive.  In order to do so, we must add new leaders to our team, and we are proud to announce that Dr. Christian Cutter will be working on our national team.  As the new president of our national network, Christian will help ensure that we replicate our model throughout our expanding network, deepen our academic expertise and align our efforts with our mission. Christian brings to CWC the experience and talent to do just that.

In addition, Mark Kleger-Heine is the new executive director of CWC’s Los Angeles Region and will oversee the Hollywood, Silver Lake and Mar Vista campuses, which serve more than 900 students, and will lead the effort to open the first CWC Los Angeles middle school in the fall of 2015. He possesses a broad range of talents and has demonstrated success in leading teams to achieve great results, even in challenging circumstances.

Rick Larios joined CWC in the fall as our network’s Director of Curriculum and Implementation Support. He has been directly supporting schools by developing and leading trainings on the CWC academic model and related resources and coaching principals and executive directors on implementing our model. Rick’s work will amplify the network’s ability to provide meaningful and targeted academic support to the regions, and we have seen his support producing positive results already.

I am thrilled for Christian, Mark and Rick to be part of our growing team. Their wealth of experience in education will propel our organization to a new level of success and will enable us to realize the full potential of our students and cultivate effective citizens.

More information on each of our new teammates is below. I look forward to continuing to share updates about our work in the new year. Best wishes for a safe and happy holiday season.

Like many of the children who attend our schools, I am of mixed race and mixed ethnicity. My Mom was born in the Philippines and my Dad is Caucasian.  He grew up in the projects just outside of Birmingham, Alabama. I grew up in Georgia, and as you can imagine, at that time issues of race and class were alive and well at our dinner table.

And so was the issue of education. My father used education to get to law school and beyond. I sit here today in part because that path opened for him. Someday, some of our students will say the same. With a new school year well underway, I am delighted to share with you some of the ways that the Citizens of the World pathway continues to stretch farther and wider.

I am proud to say that Citizens of the World’s student population has nearly doubled in the last two years. Even though we added five new grades this fall, we still had seven times as many applications as seats available.

In fact more than a hundred parents in Kansas City – a city with a racially turbulent past – invited us to start two new future schools. Each of our schools reflects its families, and our network continues to serve diverse populations in every way.

This fall, CWC students and parents are exploring skills far beyond academics. Third graders are looking to write music that will be completed by children in China. Second graders are sharing their personal goals with each other and adopting rules that allow all of them to be successful in their ambitions. And Citizens parents are in workshops analyzing the skills that are critical for productive citizenship.

In a nation where unnecessary tensions - and even violent breakdowns - are tearing apart our communities, our schools - our students - give me hope that we might, together, create a new reality. We know, intuitively, and through research that racial harmony is fostered by human connection. And in all Citizens of the World schools we are working hard to ensure that our children are able to collaborate, to work across lines of difference and to value diversity.

Thank you for all that you do, and congratulations on a strong start to the school year.